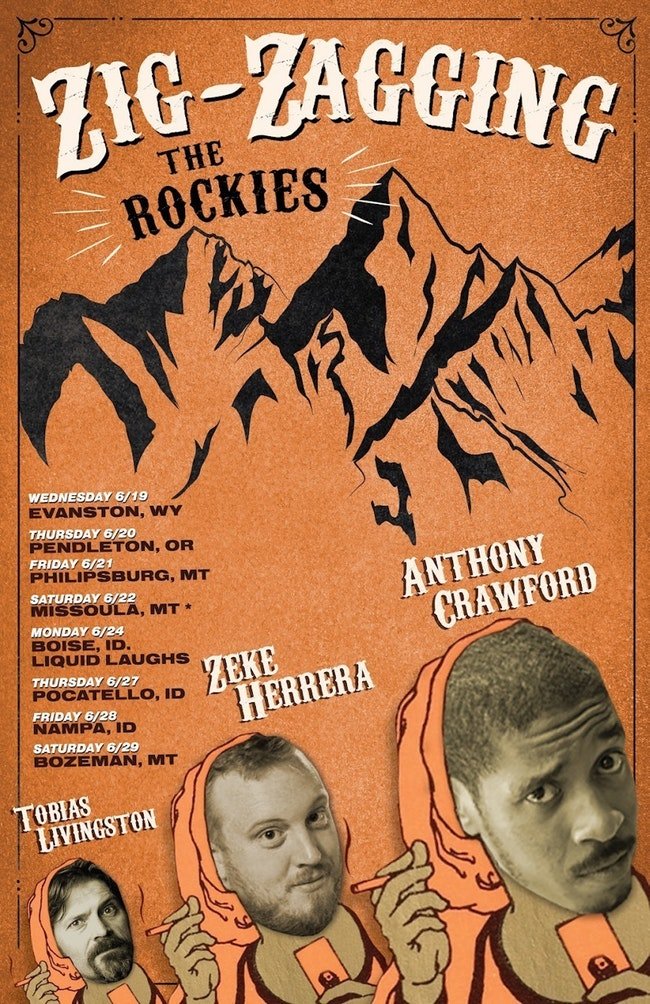 Anthony Crawford is a high-energy storytelling stand-up comedian who has been entertaining crowds since he lost a bet in 1998. His background performing for rowdy house parties and loud bars and nightclubs, all branches of the military in bases across the country, and ability to “paint the picture” for you, helped him become one of the most attention-grabbing performers in his home state of North Carolina. Since moving to Denver in 2014, Anthony has been taking the comedy scene by storm, snagging stage time and launching his own shows: a podcast called Talking Shop and a monthly showcase-meets-bartending-competition—Amuse Booze.
ZEKE HERRERA

Born in the cold, damp northwest of California, Zeke Herrera busted on the comedy scene in Humboldt at the age of 23. After quickly becoming one of Humboldt’s best comedians, four years ago he moved on to Denver where you can find him hosting, running, featuring and headlining shows (not at the same time). You can catch him on Comedy 103.1 and he also hits the road on occasion.
TOBIAS LIVINGSTON

If you ask Tobias if he believes in a MidLife Crisis, he would answer ‘Comedy is my corvette,’ and has been using that sarcastic one-liner wit to entertain audiences for nearly a decade as a comedian, radio personality, and humorous host. Tobias has performed in comedy clubs across the country, including Comedy Works & Improv in Denver, Flapper’s in LA, Joker’s in Richland, Liquid Laughs in Boise, and the comedy Parlor in Tulsa to name a few.