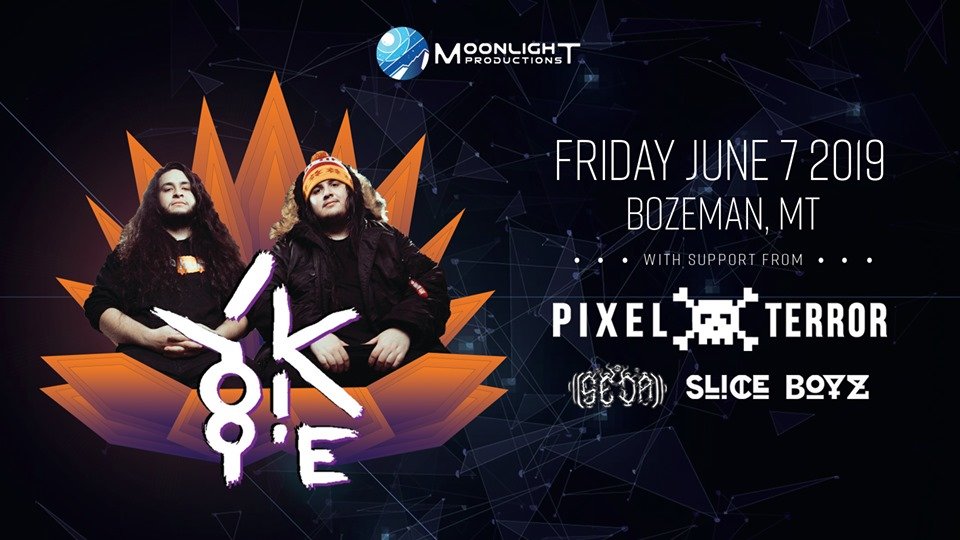 YOOKiE:
Comprised of brothers Anthony and Christopher Alfaro hailing from New York City, the art created centers around a single name: “YOOKiE.” Bass presence hums through a melody within the artificial: instrumentation computed in utter harmony with the brains of those willing to lend themselves, their ears, and their youth to the ends of ecstasy. A perfect synergy of careless consequence and pure energy.

PIXEL TERROR:
Spawned from the microcosm of arcade nostalgia in combination with head-rattling, low-frequency energy, Pixel Terror is the newest innovative bass music experience. In just over two years since the launch of their project, Bentley Montes and Ahrya Far have accumulated over 20,000 pixellated apostles and performed across the world and back. Pixel Terror saw a successful five-showcase debut at SXSW including an official Insomniac performance along-side Yultron, a number of showcases at Miami Music Week including a massive exhibition supporting Adventure Club and Kandy, and headlined their first festival in Florida topping the bill with the likes of Dr. Ozi, Chime, and Emalkay. This year, in 2018, their chart-topping Monstercat debut “Contra” received placement in Rocket League has already seen more than a quarter million streams, and after more signings with Monstercat, as well as Interscope, Insomniac, Dim Mak, and growing interest from other industry elites, Pixel Terror continues to impress their audience and further spread like a glorious virus across the globe.