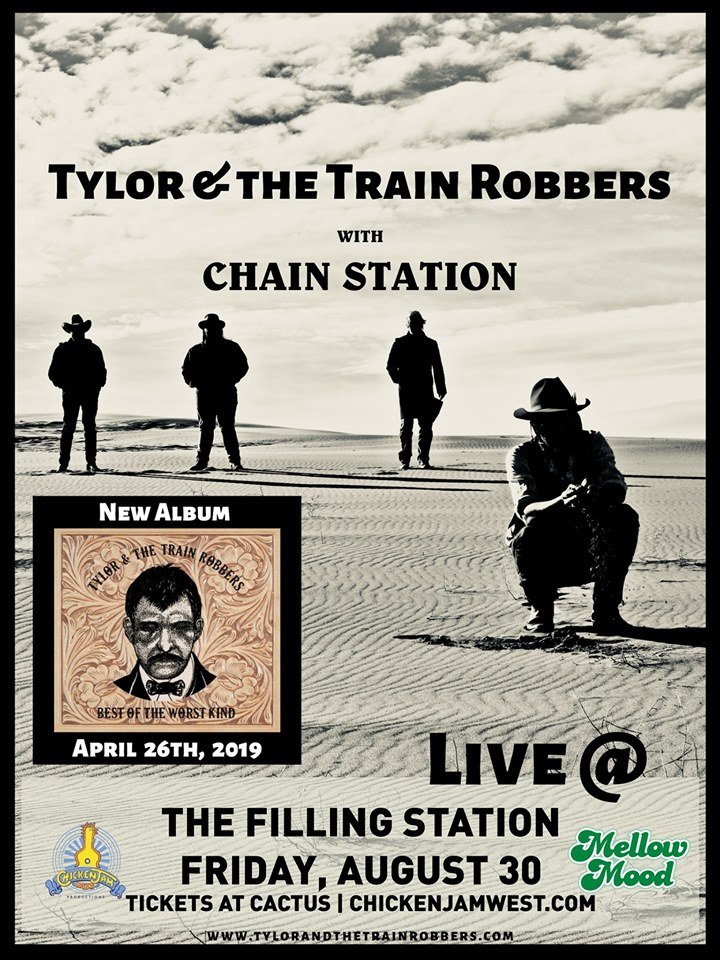 Tylor & the Train Robbers, a Boise Idaho based band, possess a depth of thought steeped in Americana Folk without losing it’s Country root grit. Hailing from small town Helix Oregon, lyrically focused frontman and songwriter Tylor Ketchum conjures up his long dead outlaw ancestor, Black Jack Ketchum as the inspiration for their new album, Best of the Worst Kind in a musical necromancy that is delivered in full with the title track, The Ballad of Black Jack Ketchum. Set to be released on the anniversary of his hanging, April 26th, the music video for the ballad was was filmed at Black Jack’s grave during the bands most recent tour through the South West United States.

From good cowboys gone bad to the woesome troubles of the modern American wanderer, Tylor & The Train Robber’s songs explore a span of generations linked by a common spirit.