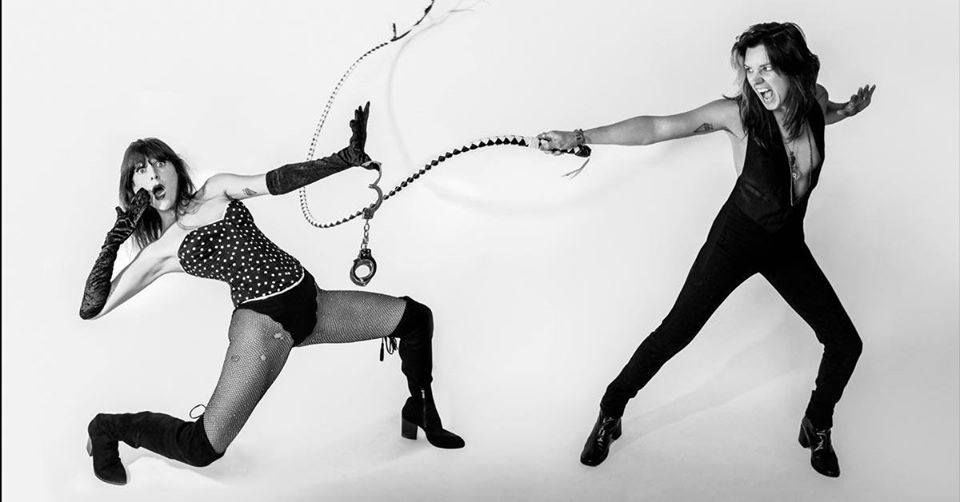 Tuesday, March 31st at The Rialto

Thunderpussy is more than a band; they are a reckoning. As rock n’ roll’s new, self-proclaimed, Diamond In The Muff… Thunderpussy is a shiny beacon of glitter and sequins at the end of a long dark tunnel of manufactured mediocrity. If it’s pure titillating rock n’ roll you want, then look no further than this band of women from Seattle,Washington.

The group unleashed its self-titled debut, Thunderpussy [Stardog Records/Republic Records] in 2018 and snatched up over 4 million cumulative streams. In between electrifying gigs coast-to-coast, they garnered widespread acclaim from the likes of Paste, Rolling Stone, Billboard, LA Music Blog, and NPR who claimed, “Thunderpussy is everything you want in rock.” Simultaneously, a heated trademark battle over their name incited national headlines as they clung to free speech, fighting for the “power of the word ‘pussy’ and finally not classifying it as vulgar or weak,” as guitarist, Whitney Petty, says.

In 2019, they inch closer to accomplishing a shared and crucial mission.

“I want people to say, ‘Rock ‘n’ roll is not dead, and you don’t have to have a penis to make it’,” exclaims Whitney.

“This is another push for people to feel empowered,” adds frontwoman, Molly Sides. “It’s not just for women, but for people who feel like they’ve been pushed aside. We’d love for them to feel more comfortable yelling our name out loud with a certain kind of pride and excitement. We’re here to spark more conversation within art and music. That’s the goal with everything we’re doing.”

They most definitely do so on their latest EP, Milk It, where they welcomed various drummers to participate in recording. Most notably, Red Hot Chili Peppers skinsman Chad Smith begged to join the party.

They never found out if he was lying or not, but he did play on “Powerhouse,” which serves as a heartfelt dedication to “a real female superhero” who Molly calls mom. Elsewhere, “On the Line” serves as “a love song” from Molly to Whitney.

Meanwhile, the first single “Never Know” trucks along on a bedroom-shaking riff and come hither verses before climaxing on a squealing solo.

“We came out swinging on there,” exclaims Whitney. “It’s a bit raunchy. It’s about sex, female power, female positivity, and female orgasms.”

“It’s about making them not faking them,” adds Molly.

In the end, Thunderpussy will ruffle a lot more feathers to come on their own journey into the history books.