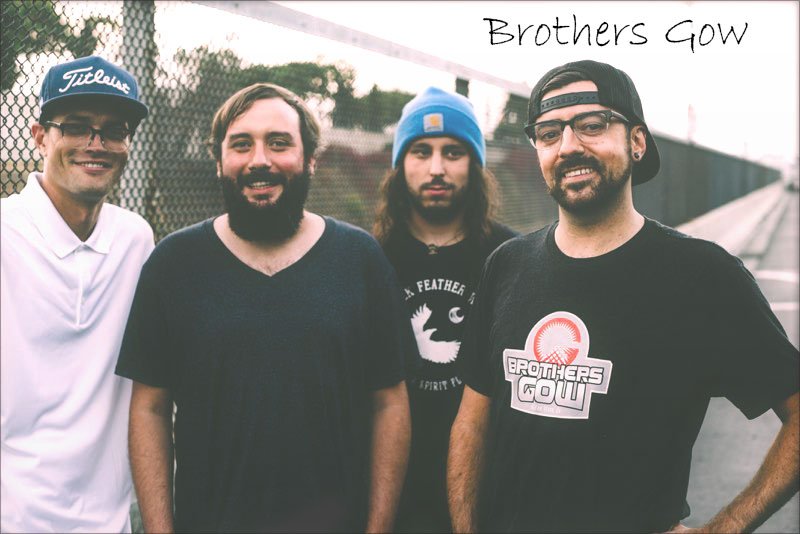 Situated between deep improvisational musicianship and dynamic, original songwriting, Brothers Gow brings to the stage an imaginative style of modern rock, progressive funk and unpredictable retro-electronic jams. Through an exploration in lively and evolving sound, Brothers Gow has managed to stay true to its roots, which are found in the vibrant vocal styles and extensive range of front men Kyle Merrill (guitar/vocals) and Ethan Wade (bass/vocals). Merrill’s emotional solos in tandem with skilled shredding are balanced by the avant-garde bass musings and riff writing of Wade. Brothers Gow is rounded out by wild syncopation and explosive grooves from drummer Nathan Walsh-Haines, and the exploratory and harmonic subtleties of keyboardist Alex Mello who joined the lineup in early 2018.

Though not brothers by blood, Brothers Gow is a brotherhood by time and circumstance, trials and travels, friendship and change. Member departures at the end of 2017 placed the future of the band on hold, soon followed by a major back injury sustained by Walsh-Haines that prompted the cancellation of a lengthy tour. Yet perseverance prevailed and today, Brothers Gow is prepared for a return to the road in the fall of 2018 that will take them through eight western states.

As the band re-emerges, the fragility and preciousness of doing what you love as part of a true brotherhood isn’t lost on them – experience Brothers Gow live in your city and let the reinvigorated lineup take you on a captivating sonic tour.