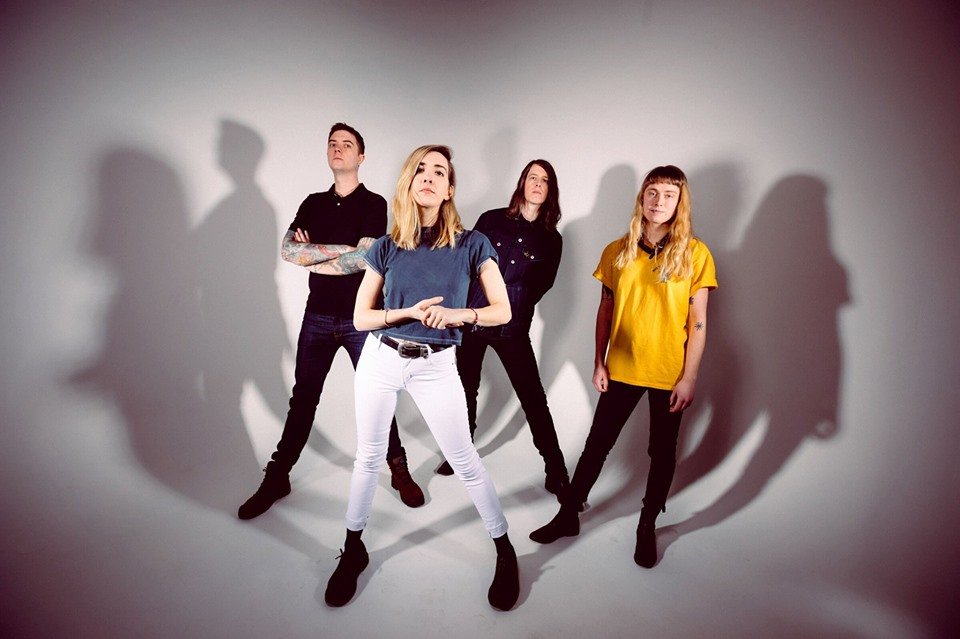 Led by guitarist/vocalist Jessica Boudreaux, the Cannibals initially cut their teeth on the local Portland circuit, sharing the stage and receiving encouragement from peers including The Thermals. Along the way, they released a pair of fantastic full-lengths — 2013’s No Makeup and 2015’s Show Us Your Mind — on their own label, New Moss Records. Show Us Your Mind appeared on NPR’s Sound Opinions Best of list in 2015. The band has since spent an unhealthy amount of time on the road, earning accolades and adding plenty of fresh converts to their highly-charged, no frills attack.
It seemed only logical that when the band decided to sign to a label, they chose Kill Rock Stars, which has a long history of putting out fearless, female-led bands like Bikini Killand Sleater-Kinney.
Summer Cannibals’ fourth album Can’t Tell Me No, out June 28th on Tiny Engines, is a defiant release whose very existence is the result of taking back power.