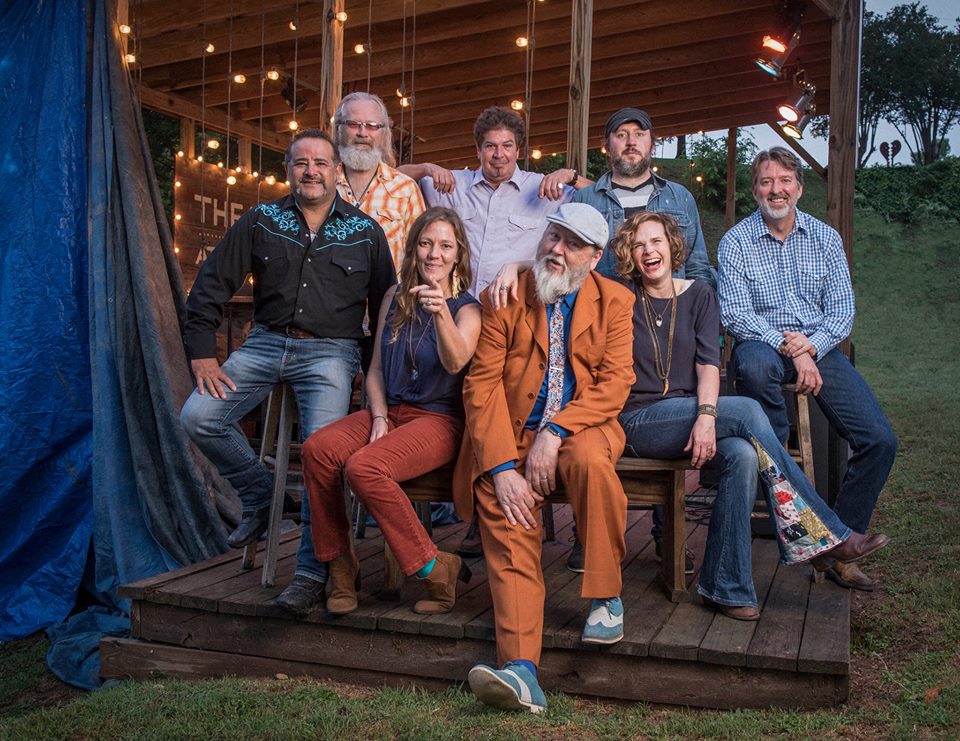 Once you’ve seen Shinyribs’ Kevin Russell on-stage and heard his band’s music, it’s impossible to forget. Known for his outrageous outfits and antics, he’s a regular fashion icon, liable to turn up in anything from his lime-green sherbet leisure suit to a flashing LED cloak, which he donned for a soulful performance of “East Texas Rust” on the award-winning PBS show Austin City Limits.

Born and raised in Beaumont, East Texas, Russell’s been variously dubbed (mostly by himself), the Baryshnikov of the Big Thicket, the Pavarotti of the Pineywoods, the Shakespeare of Swamp Pop, or the Shiniest Man in Showbidniz. One of the pioneers of Americana as a member of The Gourds, Russell took his musical inspiration from the fertile Ark-La-Tex turf. In the immortal words of the title track to their most recent album, “I Got Your Medicine,” Shinyribs have the cure to whatever ails you, moving that ass until you’re a helpless member of the Kevin Russell-led “all-in” conga line which
snakes through the audience at the close of every show.

“It’s the universal dance anyone can do,” he says. “Nobody feels self-conscious or out of place. It’s a great way to get everybody involved. You can’t really top that.”