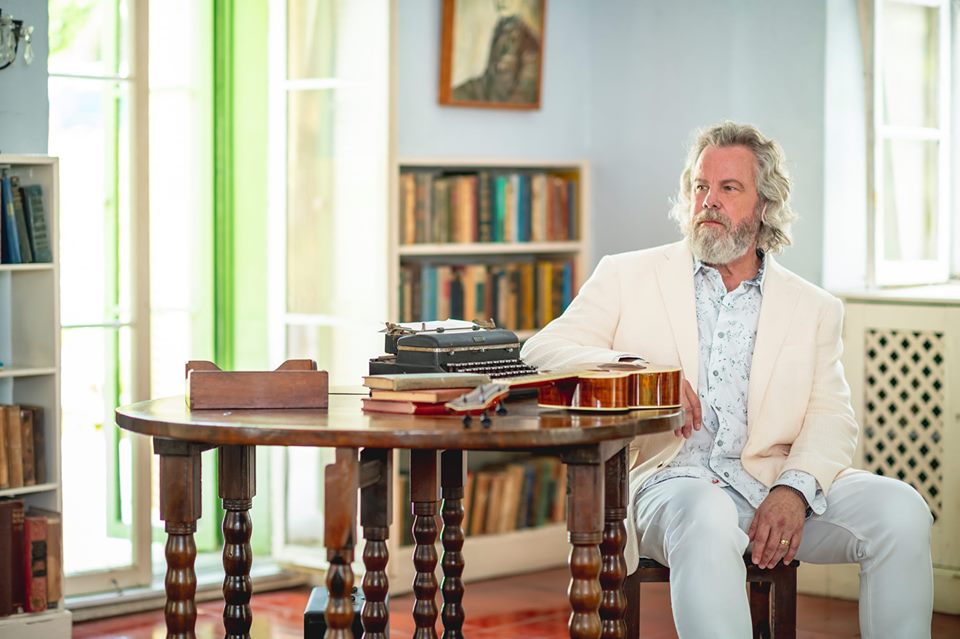 It’s not always easy to sum up a career – let alone a life’s ambition – so succinctly, but those five words from Robert Earl Keen’s calling-card anthem just about do it. You can complete the lyric with the next five words – the ones routinely shouted back at Keen by thousands of fans a night (“and the party never ends!”) – just to punctuate the point with a flourish, but it’s the part about the journey that gets right to the heart of what makes Keen tick. Some people take up a life of playing music with the goal of someday reaching a destination of fame and fortune; but from the get-go, Keen just wanted to write and sing his own songs, and to keep writing and singing them for as long as possible.

Now three-decades on from the release of his debut album – with nineteen records to his name, thousands of shows under his belt and still no end in sight to the road ahead – Keen remains as committed to and inspired by his muse as ever. And as for accruing recognition, well, he’s done alright on that front, too; from his humble beginnings on the Texas folk scene, he’s blazed a peer, critic, and fan-lauded trail that’s earned him living- legend (not to mention pioneer) status in the Americana music world. And though the Houston native has never worn his Texas heart on his sleeve, he’s long been regarded as one of the Lone Star State’s finest (not to mention top-drawing) true singer-songwriters.