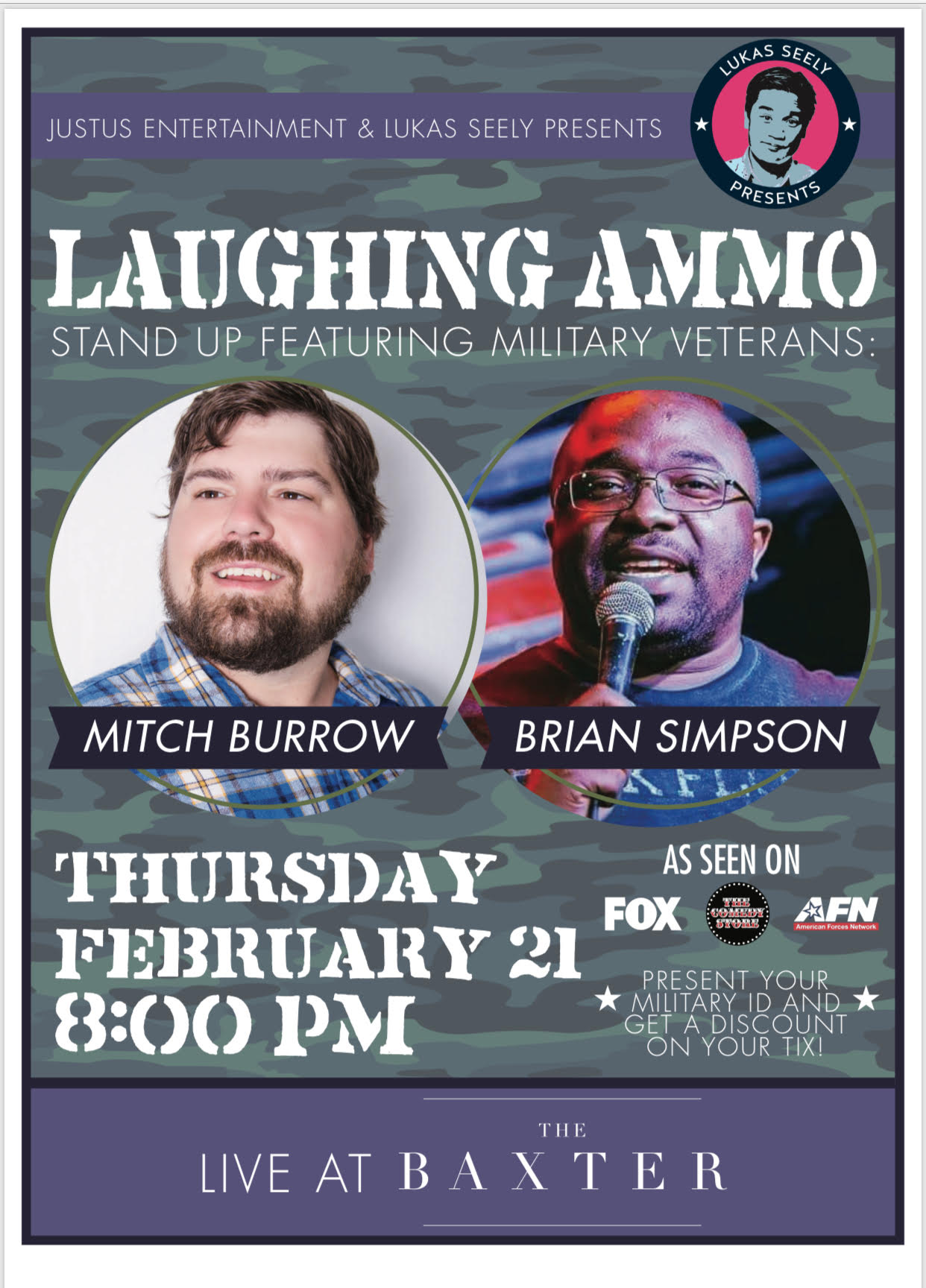 $10 for All Military Personnel and Veterans

Comedy  Night at The Baxter featuring

The quit witted duo will leave you in tears

*Brian is a fan favorite at The Comedy Store in Hollywood and is considered a rising stars.  He’s going to be the next big thing

*Mitch is a Marine Corps Veteran that served in Operation Iraqi Freedom in 2003.

Mitch has appeared on 6 episodes of the Fox Show Laughs where he was listed as “The Next Big Thing” on his first appearance. He has been heard on the Bob and Tom show which is syndicated to over 100 cities as well as overseas on the Armed Forces Network