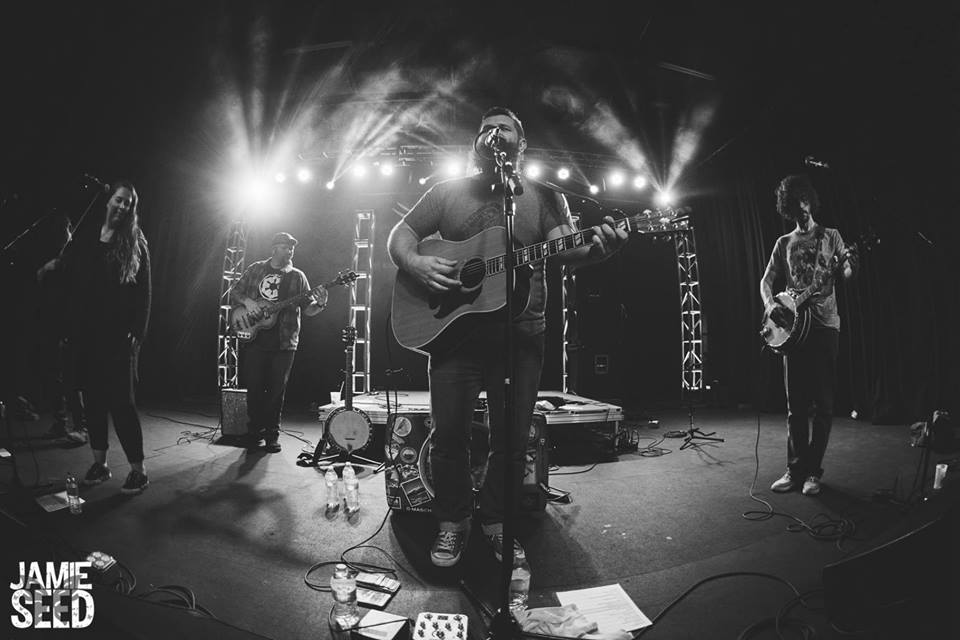 Emotional, gut-wrenching, but still incredibly hopeful, National Park Radio’s music reverberates important themes about life, love, and difficult choices, all while echoing the enduring beauty of the band’s deep-seated roots in the Ozark Mountains. Formed in Harrison, Arkansas in 2012, National Park Radio, headed by singer/songwriter Stefan Szabo, have infused the surrounding region (and many others as well) with their unique brand of indie folk music. Emerging from the shadows cast by giants Mumford & Sons, The Decemberists, and The Avett Brothers, NPR offers the indie folk world something a little different: An outstanding blend of incisive songwriting and organic Americana charm, alongside a heritage in genuine mountain music.

Szabo (lead vocals, acoustic guitar) self-produced the band’s EP back in 2013, and National Park Radio has never looked back. Initially, the music spread like mountain wildfire throughout the region, earning the band a substantial and incredibly loyal following in their home region. Szabo’s wife Kerrie joined the band with the release of their album “Old Forests” (2017), bringing beautiful harmonies and a unique chemistry that creates a sense of family at the core of the band. They have spent the last few years touring and gaining fans throughout the West and Midwest, from California to Nashville.