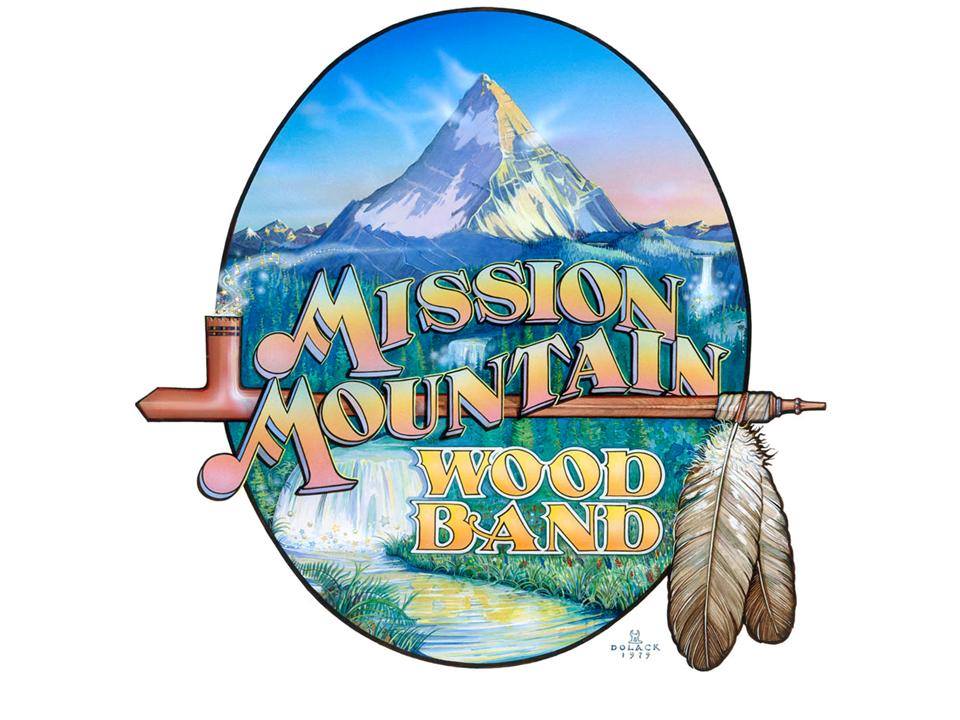 MISSION MOUNTAIN WOOD BAND is coming to The Old Saloon
and bringing their original special brand of musical entertainment which includes bluegrass, rock & roll, and country-rockin-Montana party music as they continue to do so year after year. They are a 6 piece band playing twice as many instruments and all of them hail from the Big Sky Country.

Mission Mountain Wood Band first came to national prominence, when they toured non-stop, putting over 2½ million miles on their greyhound scenic cruiser tour bus and playing over 250 cities a year for a dozen years. From New York City to LA… from Chicago to New Orleans. Including over 300 college campuses throughout the United States and Canada. They have been featured many times on the national television networks of CBS, NBC, and ABC with special guest appearances on network television specials, recorded 3 full-length albums, and a movie!

What is it about the Wood Band that continues to draw what is now three generations of unwavering support from all over the country? Mission Mountain Wood Band is not just a band of musicians with a great show, – they represent a way of life, an attitude, and more than anything, M2WB and their fans are a Montana tradition and they were named one of the top Montana musical groups of the 20th century by the Missoulian.

Mission Mountain Wood Band is made up of original band members Rob Quist, Steve Riddle, and drummer Greg Reichenberg. After one recent appearance, The Billings Gazette wrote: “Magic was in the air. Everywhere you went you could feel it. No conversation lasted long without the Mission Mountain Wood Band coming up. Tickets are golden – hard to come by as the show date approaches – when a last minute block of 100 more tickets came available it sold almost immediately starting what seemed a riot on the hill as the fans
rushed the stage. They are a 6 man attack – with one-of-a-kind arrangements and a sound that only this band can produce! I laughed, I cried, I trembled and cheered. Riddle ran a between-tune patter that was historic and played patented bass – Quist was in heaven and it showed – Reichenberg, on his drum kit, was a long distance athelete – David Griffith was in his “office” playing more instruments than I could count – Trevor Kregor played world class fiddle – and Craig Davey’s voice, along with his electric and acoustic guitar engaged us with the new songs he has added to the menu of hits for this Montana legendary band. The encore was the best song I have ever heard! Two days later I’m still shakin’ and trembling – it will take some time to recover.”

Mission Mountain Wood Band takes great pride in appearing for their Montana people. “This is the place we come back to with all our old friends, and long-time fans. Where the jokes are a little funnier, the music is a little hotter and the dancing continues into the seamless, never ending night.” Join this unforgettable band for the long awaited return to our area. Visit and friend them on the Official Mission Mountain Wood Band facebook page. Order their box set collection, Private Stash or
any of their new CDs including: ReBoot, Now and Then, and a just released re-issue of their original album, *In Without Knockin’ *from the distribution center: www.rockinrudys.com. Watch for the 3x Emmy Award winning feature movie, produced and directed by Montana PBS: Never Long Gone, with historic film clips and performances by The Mission Mountain Wood Band and we’ll see you all at The Old Saloon in Emigrant, MT!