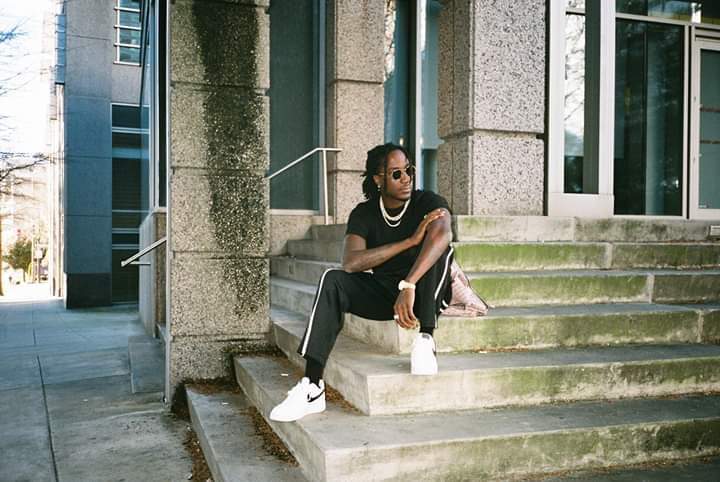 The Zebra Cocktail Lounge is your source for the best nightlife, dance club atmosphere, drinks, beverages and entertainment to be found in southwest Montana. Our underground nightclub in the basement of the historic Bozeman Hotel at 321 East Main Street is your party playground destination, and a hot spot for fun opportunities and exciting live music shows in Bozeman, MT.

***THIS EVENT IS 21+ ONLY!!! DO NOT PURCHASE TICKETS IF YOU ARE UNABLE TO ATTEND. NO REFUNDS OR EXCHANGES ON TICKETS, NO EXCEPTIONS***

In the fast-paced world of rap music, some artists are lucky enough to have opportunities fall into their lap and blow up instantly. Then you have the ones who have to toil behind-the-scenes before they finally get their chance to shine. K Camp, the man behind the hit singles “Money Baby” and “Cut Her Off” can relate to being a little bit of both.
Born in Milwaukee, Wisconsin but raised on Atlanta’s northside, K Camp is no stranger to making hit records. He formally introduced himself to the city’s rap scene by performing at open mic competitions alongside the likes of Waka Flocka Flame, Roscoe Dash, Travis Porter and few other future stars. His first local hit, “Party All Night,” came out just as songs like Waka’s “Oh Let’s Do It” and Dash’s “All The Way Turnt Up” were starting to blow. Unfortunately, his did not make it past the state limits.

“I made that song right after I left college,” says the former University of West Georgia student. “I don’t like being told what to do, I like to make decisions for myself. So I chose to leave and chase my dream. If you’re not chasing a dream, what are you doing? That one shot let me know I was doing the right thing.”

One year later, K Camp found himself involved with another hit, Mykko Montana’s 2012 club smash, “Do It.” Camp sang and wrote the infectious hook and even engineered the song. But, he failed to get proper recognition for his contribution and barely appeared in the song’s music video.

“When that happened, people thought I was gonna be done for, again,” he says. “But the grind speaks for itself.”

In 2013, Camp became the talk of the town (and the country) again with his smash, “Money Baby” featuring Kwony Cash. The Big Fruit-produced track started off as a freestyle initially, and was intended to be a filler track for his mixtape. But the catchy beat and infectious hook turned the song into another win for the young hit maker. 2014 ushered in a new era for Camp as he signed with Interscope Records. His club anthem “Cut Her Off” has made so many waves that industry vets like 2 Chainz came calling to hop on the remix.

The EP, In Due Time, releases digitally on 4/22. It not only speaks to the timing of K Camp’s undeniable rise, but is also an effort to show the world that he is a complete artist and not just a party anthem machine. “I like to party alot, but I want people to know that I’m capable of making good music period,” says K Camp. “When they see what I really bring to the table, they will be amazed.”

K Camp promises that the EP, backed by production from Nash Beats, Big Fruit, and Bobby Kritical will give listeners a true picture of his musical abilities. Citing everyone from Lil Wayne to the Temptations as his inspirations and influences, In Due Time showcases K Camp’s ability to craft songs that can resonate in the club, car and crib.

“I want the world to hear me and what I have to offer,” says the former high school hoops star. “People will relate to what I’m talking about because I keep it 100 in all of my records and speak what’s going on. I’m just trying to be innovative out here.”