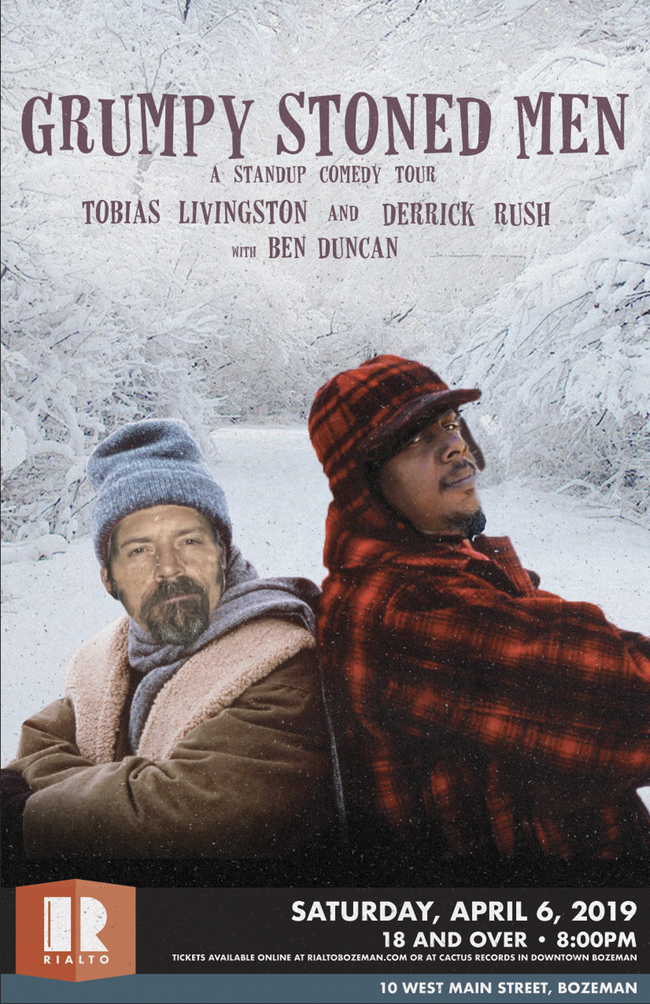 Derrick Rush is a regular at Comedy Works, been a finalist in the Comedy Works New Faces Contests multiple years running, and performs around the country. A few notable names He has opened for are Joey Diaz, Dave Chapelle and Dana Gould.
BEN DUNCAN

Ben Duncan first decided to do stand-up in bible college, where the curriculum had not exactly taken hold. He was a regular at the Drop Comedy Club and performed on the MMJ Comedy Festival in Indiana before moving to Denver. In Denver he performed at UMS, High Plains Comedy Festival, and was a finalist in the New Faces Competition at Comedy works. He spends most of his time pretending to not be impressed by really tall buildings.
TOBIAS LIVINGSTON

If you ask Tobias if he believes in a MidLife Crisis, he would answer ‘Comedy is my corvette,’ and has been using that sarcastic one-liner wit to entertain audiences for nearly a decade as a comedian, radio personality, and humorous host. Tobias has performed in comedy clubs across the country, including Comedy Works & Improv in Denver, Flapper’s in LA, Joker’s in Richland, Liquid Laughs in Boise, and the comedy Parlor in Tulsa to name a few.