ExpiredDare To Laugh: An evening with Broad Comedy, a benefit for ACLU of Montana 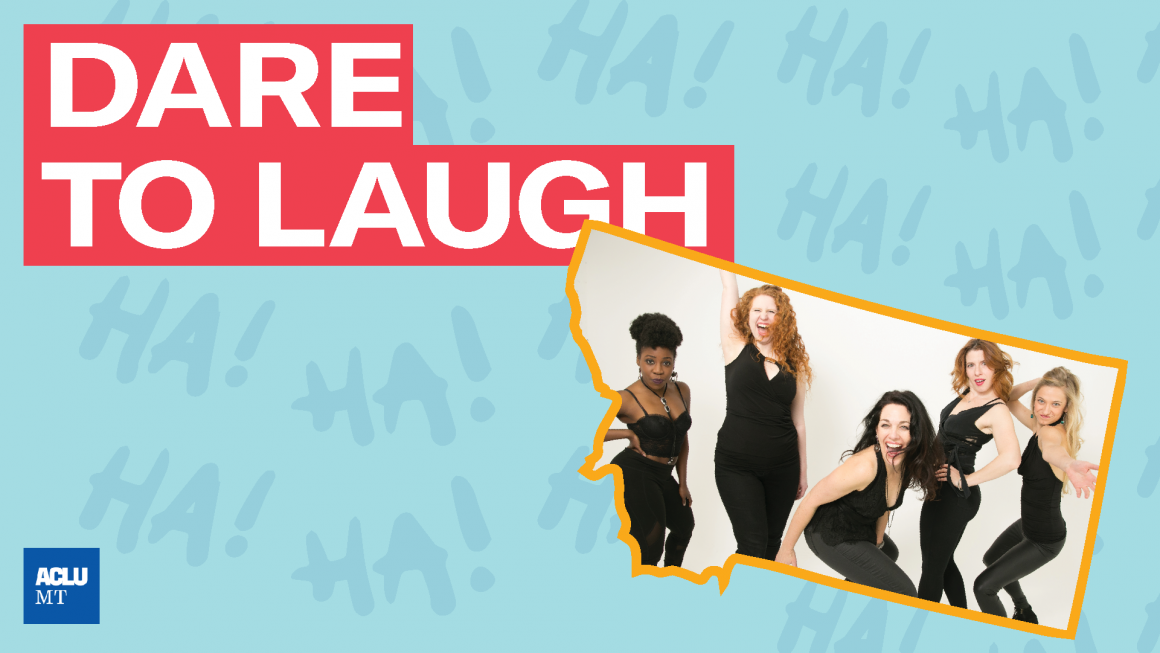 Saturday, September 28th at The Emerson

Ever wonder what would happen if SNL and Full Frontal with Samantha Bee had a child and hired Neil Patrick Harris as the manny? We have the answer!

Broad Comedy has been producing snarky, provocative and loveable all-women’s comedy and musical-satire since 2001. Internationally touring, award-winning, with YouTube hits reaching the millions and an Off-Broadway run at SoHo Playhouse under their belts, Broad Comedy is now touring Montana raising money for the ACLU! We are excited for their performances in Whitefish, Missoula, and Bozeman this fall.

With the Broads, nothing is sacred, except an unflinching look at America today. It’s outrageous, it’s community, it’s a party on a stage.

Know nothing about the Broads? Educate yourself already, go here for their teaser.

Opening for Broad Comedy is local stand-up comedian, activist, artist, writer, and filmmaker, Lenny Peppers.  Lenny is an enrolled member of the Northern Cheyenne tribe, and a Crow tribe descendant.  Her passion is to have Indigenous stories heard clearly above the din of the modern world.