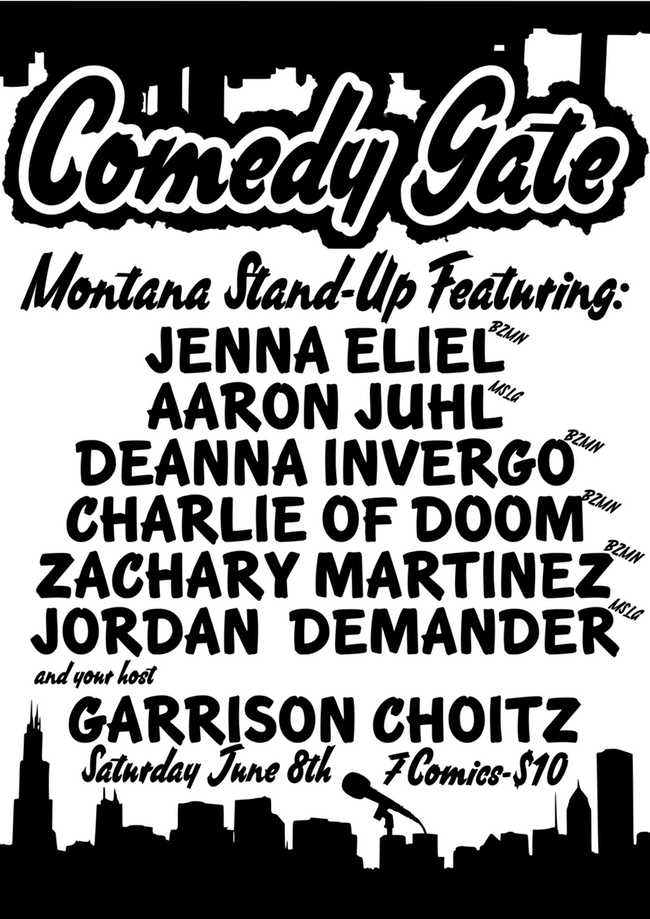 Comedy Gate is a once-monthly stand-up showcase featuring talent from around Montana, and the greater North West region. Established in March 2015, Comedy Gate became the steady sailing ship of the Bozeman stand-up scene, weathering many great exoduses and double bookings (sorry to all the DJs who were hurt along the way). Originally founded by Garrison Choitz, Roerick Sweeney, Alexander Kavon and Thomas Blake, and greatly furthered by Jenna Eliel and Zachary Martinez, Comedy Gate now exists as an opportunity for the shady underbelly of Bozeman performance to sneak a tan in the spotlight of stand-up comedy. Come out for a good time with locally sourced jokes, grass fed humor and don’t forget to bring your laughing shoes!