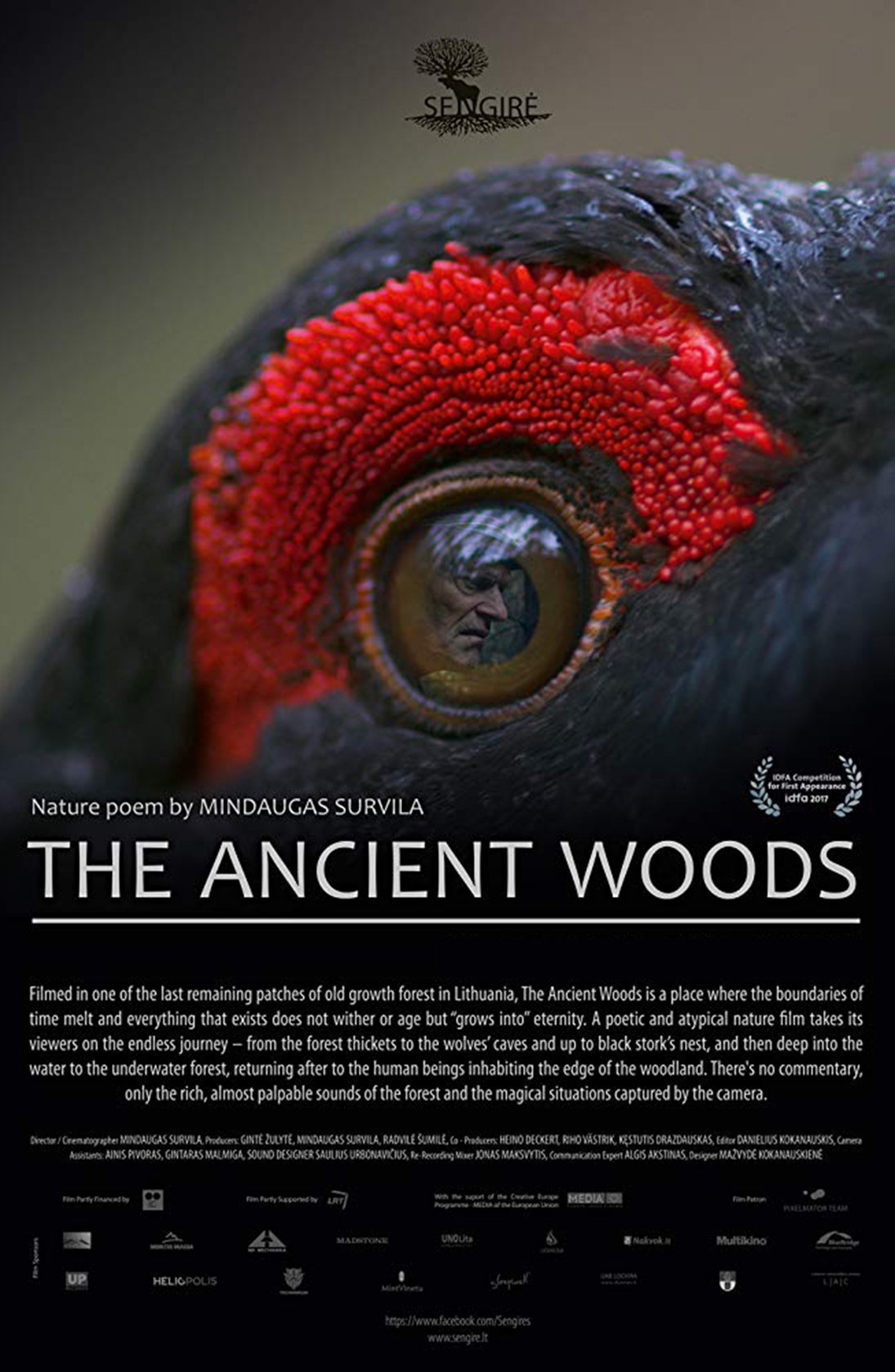 On Sunday, February 17th, at 7pm at the Emerson Center, The Bozeman Doc Series presents the Montana premiere of the award-winning new documentary The Ancient Woods.

Filmed in one of the last remaining patches of old growth forest in Lithuania,The Ancient Woods brings the forest to vivid life. A poetic and atypical nature film, shot over the course of four years by biologist-turned-filmmaker Mindaugas Survila,The Ancient Woods takes its viewers on a timeless journey – from the forest thickets to the wolves’ caves, from the black stork’s nest high in the treetops to the depths of the river and the underwater forest. Gorgeous cinematography combines with award-winning sound design to create an immersive chronicle of the life of a forest filled with drama, humor and truly magical moments. The simple daily routines of the forest’s inhabitants become a window into the eternal struggle for survival in this extraordinary testament to the beauty and wonder of the natural world.

The Ancient Woods world premiered at the prestigious International Documentary Film Festival Amsterdam, and has gone on to screen at major festivals around the world, winning several awards. In Lithuania, the film was one of the most popular films in theaters in 2018, becoming the most successful documentary in the country’s history.

“A magical ode to an ancient European forest, filmed in exquisite detail, this is a one-of-a-kind nature film that begs to be seen on the big screen. The setting is dense, old growth woods, rich with wildlife – on the ground, in the air and in the water. As seasons shift, creatures follow their eternal routines of foraging, grooming and raising their young. The camera, in almost-surreal detail, captures the forest’s endurance and undeniable beauty…an enchanting, meditative documentary experience.” Sydney Film Festival

“This deep dive into the forests of Lithuania is dense with lingering, spiritual, speechless, and ethereal imagery. Buckle up for photography because Mindaugas Survila‘s The Ancient Woods does not contain even a single word. But, it is that meditative silence that becomes so enrapturing.” Nonfics

“A unique and utterly essential big-screen viewing experience…as this patient, contemplative and meditative effort washes over you, it’s the effect that The Ancient Woods has on its audience that’s truly something unusual and different. You could hear a pin drop in the cinema, such is the peaceful, attentive vibe. Cinematic bliss doesn’t get any better than this.” Concrete Playground