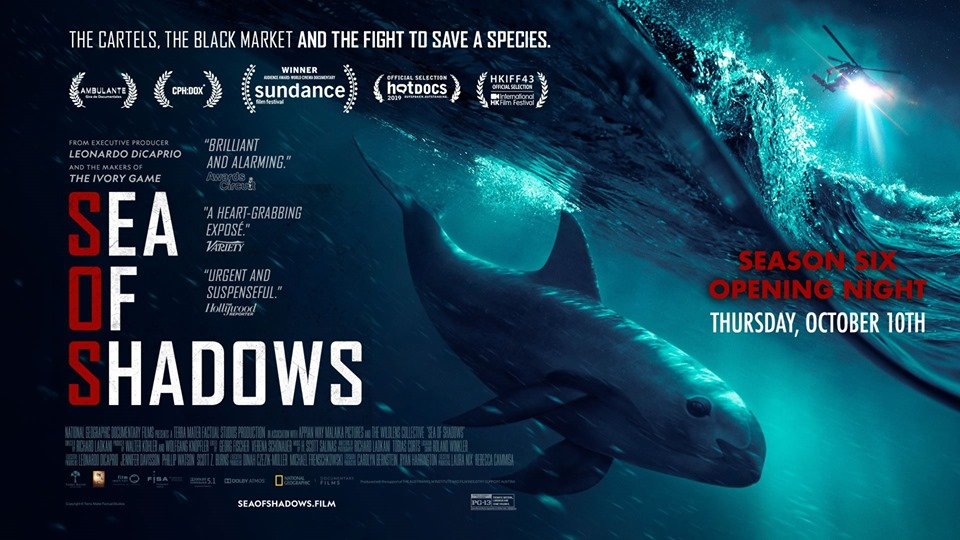 Thursday, October 10th at The Emerson

On Thursday, October 10th, at 7pm at the Emerson Center, The Bozeman Doc Series kicks off its sixth season with the Montana premiere of the award-winning new documentary, Sea of Shadows.

A looming disaster in one of the most spectacular environments on Earth sparks a rescue mission unlike any other in Sea of Shadows, a riveting new documentary from National Geographic Documentary Films.

When Mexican drug cartels and Chinese traffickers join forces to poach the rare totoaba fish in the Sea of Cortez, their deadly methods threaten virtually all marine life in the region, including the most elusive and endangered whale species on Earth, the vaquita porpoise. Sea of Shadows follows a team of dedicated scientists, high-tech conservationists, investigative journalists and courageous undercover agents as well as the Mexican Navy as they put their lives on the line to save the last remaining vaquitas and bring the vicious international crime syndicate to justice.

Sea of Shadows world-premiered at this year’s Sundance Film Festival where it won the Audience Award, and has gone on to screen at major festivals around the world.

“A chilling real-life criminal thriller set in a save-the-seas world. Purposeful, impressive…emphasizes what a multifaceted issue the fight to save the vaquita is, how the presence of large amounts of money and the corruption it inevitably breeds complicates the quest to do the right thing. While success is not guaranteed, “Sea of Shadows” dramatically demonstrates how and why the battle continues to be fought.” The Los Angeles Times

“In the cooperative spirit, courage and determination of the vaquita’s would-be saviors, the documentary taps into a deep vein of hope. That encouraging energy is at the core of this story. A stirring adventure — inspiring and heartbreaking in equal measure. ” Hollywood Reporter

“…a tight, troubling documentary eco-thriller that charts a compelling course of consequence from Chinese black-market apothecaries to the near-extinction of a rare whale in the Sea of Cortez… an environmentally conscious, unabashedly heart-grabbing exposé.” Variety

Doors open at 6:30pm. Tickets are available at the door or before the show at Cactus Records and Movie Lovers. Tickets are also available online at www.bozemandocseries.org, where you can also buy Season Passes and 7-film punch cards, and view trailers for upcoming films. The Bozeman Doc Series is a bi-weekly documentary screening series curated by award-winning filmmaker Jason Burlage. The series brings brand new films from around the world to the Emerson’s Crawford Theater between October and April.