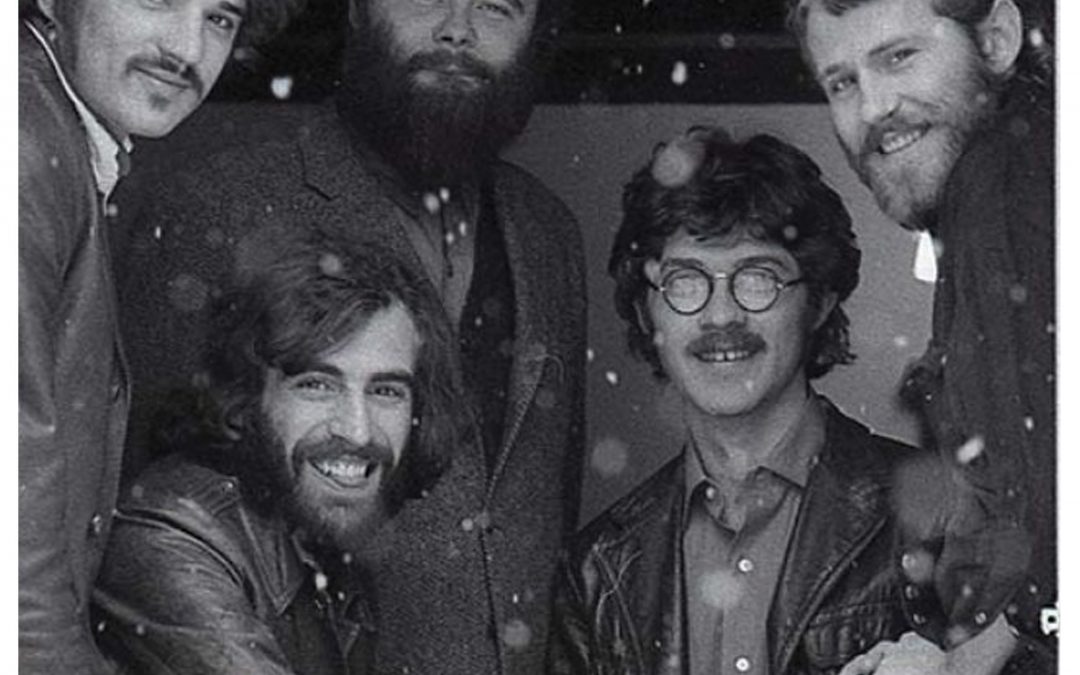 On Thursday, December 5th, at 7pm at the Emerson Center, The Bozeman Doc Series presents the Montana premiere of the critically acclaimed new documentary Once Were Brothers: Robbie Robertson and the Band. The screening will be preceded at 6:00pm by a reception featuring food and drink in the Emerson lobby and the first of our bi-annual Bozeman Doc Series silent auctions featuring items from sponsors such as The Saffron Table, The Lark, Bozeman Spirits, and many more.

Once Were Brothers is a confessional, cautionary, and occasionally humorous tale of Robertson’s young life and the creation of one of the most enduring groups in the history of popular music, The Band. The film is a moving story of Robertson’s personal journey, overcoming adversity and finding camaraderie alongside the four other men who would become his brothers in music, together making their mark on music history.

From their early days as the rockabilly outfit The Hawks, to their turbulent days as the band behind Bob Dylan on his first plugged-in tour, to their bittersweet final performance captured in Martin Scorsese’s The Last Waltz, the film provides an intimate, behind-the-scenes look at one of the most influential bands of their era. The film blends rare archival footage, photography, iconic songs and interviews with Robertson’s friends and collaborators includ­ing Martin Scorsese, Bruce Springsteen, Eric Clapton, Van Morrison, and more.

Once Were Brothers world premiered this fall at the Toronto International Film Festival where it was selected as the opening night film.

“Engaging, lively, introspective…a terrific storytelling arc, a treasure trove of archival footage and, naturally, those iconic songs…serves as a valuable reminder of what The Band left behind.” The Hollywood Reporter

“It’s no surprise to anyone who’s met him or even listened thoughtfully to some of the greatest rock songs ever written that Robertson would be such an articulate and ingratiating tour guide through all this glorious and eventually tortured history.” Variety

“Has the power to transport you, but also to break your heart.” The Wrap

The reception and silent auction begin at 6:00pm, and the film begins at 7pm.

The silent auction will include: gift certificates from several of our sponsors, including The Lark, Treeline Coffee, and The Saffron Table, gift boxes from Bozeman Spirits, a massage from Reintegrative Massage, passes and schwag from the Bozeman Doc Series, and much more.

Tickets are available at the door or before the show at Cactus Records and Movie Lovers. Tickets are also available online at www.bozemandocseries.org, where you can also buy Season Passes and 7-film punch cards, learn more about the series, and view trailers for upcoming films. The series will continue every other Thursday through April.