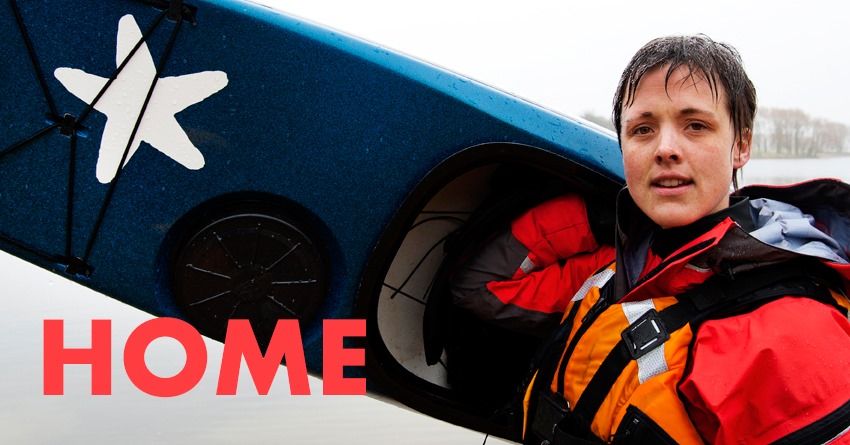 On Thursday, January 23rd, at 7pm at the Emerson Center, The Bozeman Doc Series presents the Montana premiere of the award-winning new documentary Home.

Winner of the Best Film on Exploration and Adventure award at the Banff Mountain Film Festival, Home chronicles one woman’s remarkable journey. Between 2011 and 2015 UK adventurer Sarah Outen traversed the globe. For her expeditionLondon2London: Via The World Sarah was the engine, travelling by bike, kayak and rowing boat across Europe and Asia, the Pacific Ocean, North America and finally the Atlantic.  Sarah’s incredible four-year odyssey saw her travel over 20,000 miles. As she migrated between cultures, climates and landscapes, Sarah’s inspirational voyage was followed by thousands, hooked on her infectious humor and love of life. But travelling solo, the trip took its toll and the punishing elements, ticking clock and months of solitude pushed Sarah to the physical and mental brink.

Woven out of hundreds of hours of footage from the expedition, Home intimately and unflinchingly captures Sarah’s journey: the kindness of strangers, the wonders of the wild, the savagery of the elements, the near-death experiences, and the mental and emotional challenges faced along the way.

“Takes you on an emotional and physically demanding roller-coaster ride around the globe…challenging, engaging, enthralling, and inspiring.” Banff Mountain Film Festival

“Gutsy…shares with Cheryl Strayed’s memoir Wild a sense of the redemptive and healing power of travel. Outen also has the nerve to probe her motives: what is she running from and why is she always restlessly planning journeys? Sarah Outen has made an introspective and emotionally brave film about her awe-inspiring journey around the world.” The Guardian