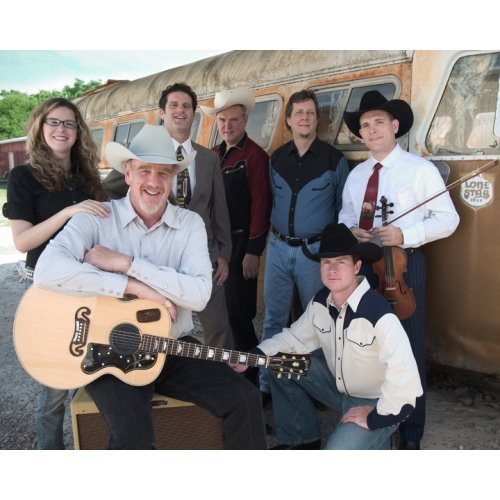 “New Routes” the brand-new album by Asleep At the Wheel, marks both a new path forward and a nod to the freewheeling roots (get it?) of one of Texas’ most beloved bands. After a decade of collaborating on record with friends, including Willie Nelson on 2009’s Grammy Nominated “Willie and the Wheel” and in 2015 their critically acclaimed and Grammy winning tribute to the groundbreaking music of Western Swing pioneer Bob Wills, titled “Still the King”. With “New Routes” the Wheel has released their first album of new material in over a decade!

With a fresh new lineup, a bracing blend of original songs and vibrant cover material and some unanticipated new musical tangents, Asleep At the Wheel demonstrates convincingly it’s more relevant, enjoyable and musically nimble than any time in its 49 year history!

The 6’7” Benson has been the one constant in Asleep At the Wheel since the band’s founding in 1970 in Paw Paw, West Virginia. Since that time, more than 100 musicians have passed through the Wheel, but Benson remains the front man and the keeper of the vision, in the process racking up more than 25 albums, ten Grammy awards and literally millions of miles on the road.

“It took me 60 years, but I’m doing what I’m meant to do—singing and playing and writing better than I ever have. A bandleader is just someone who gathers people around them to play the best music they can play. I just try and make the best decisions possible and kick some ass every night onstage.”

Katie Shore follows in the long tradition of strong and talented female performers who have been an integral part of the band’s identity for decades. Shore says. “I always wanted to be in Asleep At the Wheel,” she said. “If you grew up in Fort Worth and played the fiddle, it was impossible not to know who the Wheel was. I feel part of a legacy, for sure.”

“This was a chance to re-invent the Wheel,” said Benson. “These are creative folks who can add stuff. I’m just the bandleader, so if I don’t have contributions from everybody, then the Wheel doesn’t roll.”

New Routes, he said, “is a pure distillation of where the band is right now,” Benson declared. “It gives me the palette that I’ve always wanted,” he added. “To be in Asleep at the Wheel you gotta be able to play Bob Wills, Country music, Louis Jordan, Count Basie etc… Every night I’m excited to play music with this lineup”