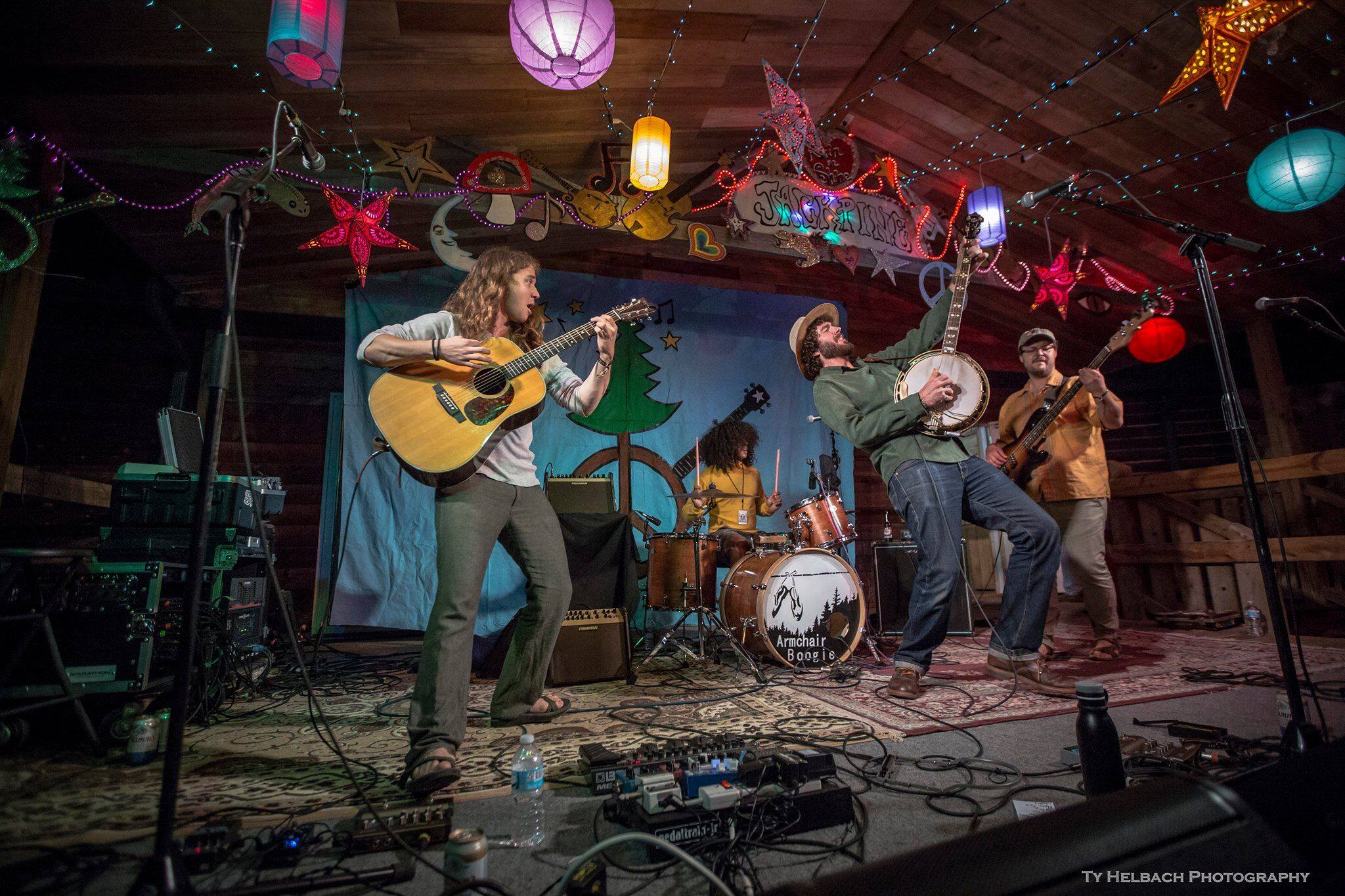 Thursday April 4, 2019 at the Filling Station

THIS EVENT IS 21+ ONLY!! DO NOT PURCHASE TICKETS IF YOU ARE UNABLE TO ATTEND. NO REFUNDS OR EXCHANGES ON TICKETS, NO EXCEPTIONS!!!

Rising from the forests and rivers of central Wisconsin, Armchair Boogie’s high-energy take on the Jamgrass genre fuses intricate arrangements of acoustic guitar and banjo with the funky back beats of electric bass and drums.

Augie Dougherty (banjo, vocals) and Ben Majeska (guitar, vocals) started playing together in the fall of 2014 while attending the University of Wisconsin- Stevens Point. Within a year, their musical collaborations led to the formation of Armchair Boogie. Eager to expand their sound for a bigger stage, Augie and Ben recruited bassist Eli Frieders and drummer Dan Waterman to fill out the band’s four-piece configuration.

Armchair Boogie solidified their current line-up in the spring of 2017 when Denzel Connor took over for a departing Dan on drums. In conjunction with the release of their debut self-titled album, the band moved to Madison, WI- a jumping off point from where Armchair Boogie has become a regular on the upper Midwest festival circuit while also sowing roots in the Rocky Mountains.