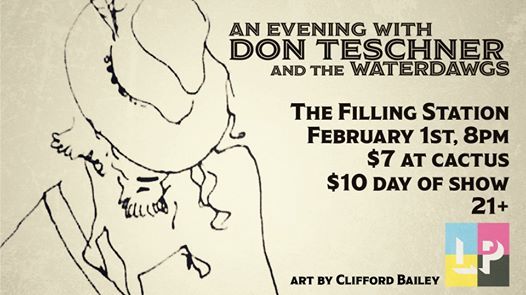 Saturday, February1st at The Filling Station

Notably from the Rod Stewart Band (his platinum award winning recordings, touring band, television appearances, and the critically acclaimed MTV “Unplugged And Seated” release with Ronnie Wood of the Rolling Stones,) and his own original music, Don Teschner is an accomplished multi-instrumentalist.

Solo, in the studio, and accompanying many bands on stage over the years, Don sings and plays violin, mandolin, bass, viola, octave mandolin, harmonica, banjo, bouzouki, 5 string viola, and all sorts of electric, acoustic and slide guitars.

He will be playing with his band, The Montana WaterDawgs, featuring Mark Price on bass, Aaron Jennings on pedal steel, Llwyn Clark Gaynor on drums, and Nina Shyne on back up vocals.