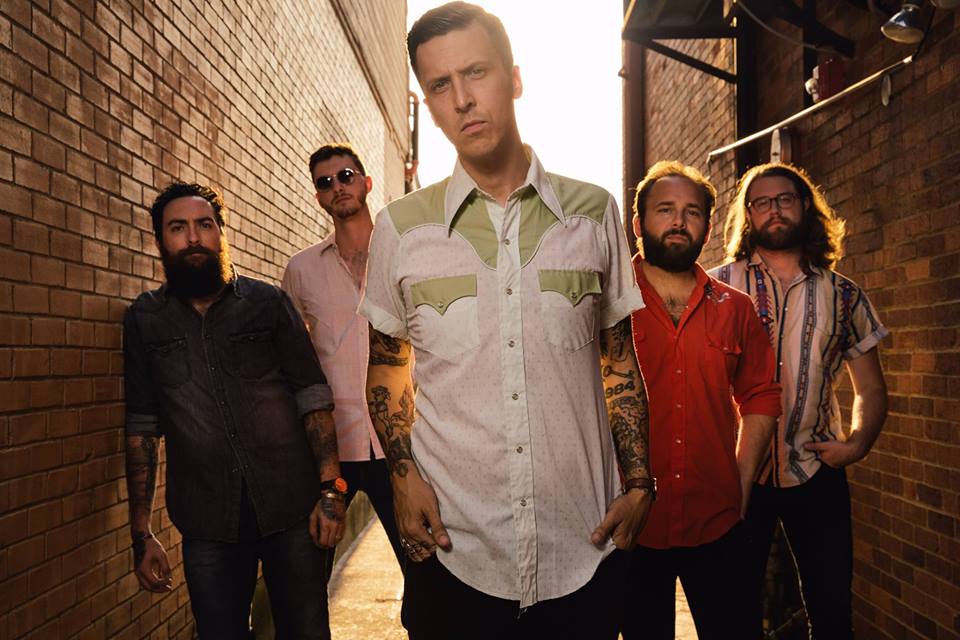 For nearly a decade, American Aquarium have spent the majority of their days on the road, burning through a sprawl of highways during the day and playing hours of raw, rootsy rock & roll at night. Sometimes, the job is a grind. Most times, it’s a blessing. American Aquarium’s songs, filled with biographical lyrics about last calls, lost love and long horizons, have always explored both sides of that divide. For every drunken night at the bar, there’s a hangover in the morning. For every new relationship, there’s the chance of a broken heart. It’s that kind of honesty — that sort of balance — that makes the band’s newest album, Wolves, their strongest release to date. And it nearly didn’t happen.

When American Aquarium traveled to Muscle Shoals to record Burn.Flicker.Die. in 2012, they were convinced the album would be their last. Even though they had enlisted the help of award-winning singer-songwriter Jason Isbell to produce the sessions, they were exhausted; weathered and whittled to the bone by more than a half-decade of heavy partying and heavier touring. To a small group of diehard fans, they were absolute rockstars… but being rockstars to a cult audience doesn’t always put food on your table or gas in your tank. BJ Barham, the band’s frontman, was so poor that he’d been living out of a storage unit for months, unable to afford an apartment in the band’s hometown of Raleigh, North Carolina. Clearly, something had to give. Maybe it was time to make one final album — an album about failure, desperation and disillusionment — and then throw in the towel.

As fate would have it, Burn.Flicker.Die. eventually proved itself to be the band’s most successful release to date. Critics loved it. Fans rallied behind it. Fast forward 2 years and almost 500 shows later, the band has travelled the world, quadrupled their fan base and reinvented their passion for the road. When the time came to record another album in June 2014, it only made sense to do something that celebrated survival rather than failure. The result? Wolves, which Barham describes as ‘the sound of a band firing on all cylinders’.

Produced by Megafaun’s Brad Cook and recorded during a 20-day stay at Echo Mountain Studios in Asheville, NC, Wolves was funded entirely by American Aquarium’s diehard fanbase. The album’s 10 tracks represent a departure from the band’s signature twang. Instead drawing more from the alternative rock sound that inspired their name almost a decade ago. Wolves blends the twang of the pedal steel with the dark, dirty swirl of two electric guitars, creating a sound that’s fit for the roadhouse, the honky tonk and the dive bar. Barham has certainly spent time in all three, but now looks to brighter horizons in these new songs. ‘I’ve always written about being the drunk guy at the bar at 2 a.m.,’ he admits. ‘I’ve written about the pick-up lines and the drinking and the drugs. This record is more personal than that. It’s a coming of age record.’ It’s also a record that reaffirms his faith in American Aquarium, a band he started in 2006.

Since that time, more than 25 musicians have passed through the group’s ranks. In recent years though, things have felt a lot more stable. Ryan Johnson, Bill Corbin, Whit Wright, Kevin McClain and the newest addition, Colin Dimeo, round out the group, turning Barham’s songs into fiery, fleshed-out compositions. With Wolves, which hit stores in early 2015, American Aquarium is literally bigger and better. ‘We were legitimized by Burn.Flicker.Die.,’ Barham says. ‘That album was a breakup record with the road. It basically said, ‘This is our last album, this is why we’re quitting, and hey, thanks for the memories.’ Fast-forward, though, and we’ve got a new record that says, ‘We ain’t done yet.”